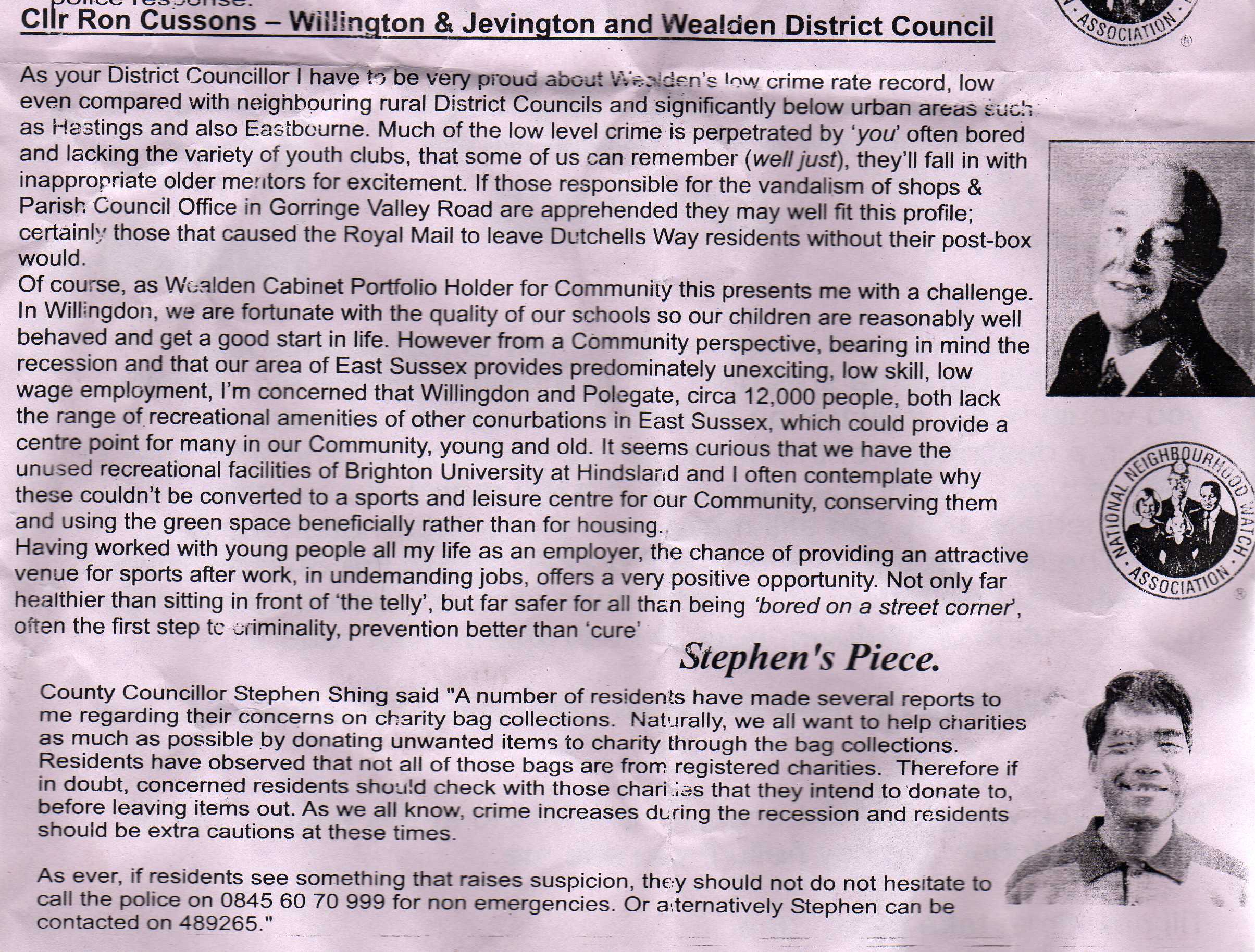 This shows the contraversey of the Neighbourhood Watch Newsletter, Tory Councillors like Cllr Cussons have been known to advertise themselves in various NW leaflets throughout the county. my protesting about this makes little difference, however Cllr Shing in the article  below does this.   After the last District and Parish council elections, when protesting at the Liberal Democrats for having revoked his membership he stated in the Eastbourne Hearald that he could see no reason for the liberal democrats having done so.  One may presume that if there were no reason that he would keep to the ideals of the party, having his own integrity.  Using the NW leaflet in this way is however against the parties democratic principles, one of the meanings of democratic is that a campaigner will refrain  from any action which an opponent cannot take so this shows that in fact Cllr Shing has grown away from the party.